This site has been created for college students' stories, poems, and creative non-fiction, either in-progress or finished.

Their voices ought to be heard.

All work is posted with permission of the writers.

For more information, email me.


Check out my other sites (some are still under construction):

Hiroshima: Beyond the Numbers (Jennifer Butts) 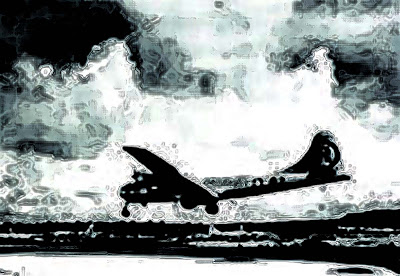 Throughout my education, I have always heard about the bombing of Hiroshima. Nagasaki was also mentioned; how could it not be? But, the overwhelming majority of classroom discussions involving atomic bombs revolved around Hiroshima. After 12 years in the public school system, maybe 6 of them discussing the bombings in depth, I thought I had a pretty good idea of what happened to these cities.

Scientifically, I knew what happened. When these bombs were dropped, they basically turned small amounts of mass into relatively huge amounts of energy. The amount of energy can be found by using perhaps the most famous equation in all of scientific and mathematical history: E=mc2, where E is the energy produced, m is the amount of mass converted to energy, and c is the speed of light. We all know that light travels pretty fast, so when you square that number and multiply it by another number, even if it is small, it will produce a very large number. It was always quite easy to perform the calculations, and I have done them several times, once even this year in my physics class. However, the calculation can not tell you how much damage was done. Sure, our history books can tell us that the cities were leveled. They can tell us how many people died instantly in the blast as well as how many suffered and died from injuries related to the blast. But these are simply numbers. Numbers have no emotional significance. Math is known as being a very cut and dry discipline; answers are right or wrong, there is no in-between.

Unfortunately, life is not so simple. The decision to drop the bomb and release that much energy could not have been made lightly. Unfortunately, the impact of this single decision has been diminished from years of talking about the bombing as a purely academic problem.

Until this class, I had never even heard of Hiroshima, by John Hersey, let alone read it. Reading the stories of those six survivors really presented a brand new side of an event that I have heard about in school for several years. This book told the stories of six people who survived the bombing of Hiroshima. These people were civilians; they were not directly associated with the war. In school, we were always told that the bombing was necessary to end the war. It is true that after the two bombs were dropped, the war ended very quickly. It seems like our textbooks wanted us to believe that our country took the appropriate action at the time, perhaps so that we do not grow up thinking that our country is a heartless killer. What we never really learned was the extent of the damage to individuals. We were told that the victims suffered from severe burns and radiation. It was also mentioned that it was difficult to treat such injuries because they came into existence with the atomic bomb. So, not only were these people devastated by the loss of their city, they suffered from injuries that even the best doctors did not know how to treat. The stories of the people in this book really brought depth to an event that I had always thought of as cut and dry: the United States dropped the bombs, and Japan surrendered, which brought an end to the war. I had never really ever given much thought to what the people directly affected by the decision of a single person, the president of the United States.

All of the people whose stories are told in Hiroshima suffered a great deal, but one story stood out beyond the others for me: the story of Miss Toshiko Sasaki. She had gone to work just as on any other day. However, it would be a day that changed her life forever. The actual blast caused a bookcase to fall on top of her and severely broke her leg. She was trapped underneath the wreckage for several hours, and when she finally was pulled out, she was left for two days without food or water. After being sent to several different hospitals, her leg finally healed. Unfortunately, it was three inches shorter than her right leg. This is just one example of the hardships suffered by survivors of the bombing. People like Miss Sasaki are generally considered the lucky ones because they survived. However, it could be argued that the survivors were, in fact, the unlucky ones. Life is precious, of course, but how special is it when you suffer for years because of the events of a single day, events that you had no control over. Would you consider yourself lucky if your country discriminated you because you survived? Hiroshima reveals that the people of Japan did not want to associate with the survivors, primarily because they were prone to bouts of weakness and it was uncertain what all of the long-term effects of the bomb were. Maybe the lucky ones were the ones who died instantly. They may have seen a bright light, but was just about it. If they felt any pain, it was minimal. Although they lost their lives, perhaps they were better off than the survivors who suffered for years and faced discrimination in the place they called home.

As I said before, this was my first time reading this book, and it really opened up a new facet of the bombing of Hiroshima. It really made me think about the horrific events of that day, and how so many people suffered because of the actions of a few people in power. Perhaps every person who possesses any kind of power should read this book just to be reminded of the effects their actions can have. Although atomic bombs are an extreme case, the stories certainly remind people that our actions can have consequences that severely affect others.
_________________________________________

Posted with author's permission.
Posted by Jennifer at 11:53 PM